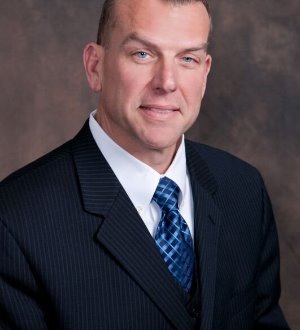 Recognized by Best Lawyers® since 2017.
One International Plaza, Suite 550 Philadelphia, Pennsylvania 19113
(215) 952-6910
|
Firm: Lopez McHugh LLP
|  Website
Edit Profile
Edit Your Profile
To edit your Lawyer Directory information, please login to your
Best Lawyers® Admin Account.
If you have any questions or need assistance, please contact us at info@bestlawyers.com or 803.648.0300.
Overview
Firm

He was selected among the American Trial Lawyers Association’s Top 100 Trial Lawyers in Pennsylvania and New Jersey from 2008 through 2015. He has also been selected by judges and other attorneys for numerous awards, including as a “Super Lawyer” in both Pennsylvania (2005 through 2016) and New Jersey (2006, 2014-2015), and among the top 100 lawyers in Philadelphia in 2015 as well as Pennsylvania in 2005, 2007, and 2010-2015. In 2013 he was admitted to the American Society of Legal Advocates. In addition to these honors, Mr. McHugh has earned an AV Preeminent rating from Martindale-Hubbell (2008-2015), the highest rating available for both professional competence and ethical integrity.

In just one of his many successful legal endeavors, Mr. McHugh, along with James E. Beasley, Sr., obtained a $907 million verdict in 1999 against then-fugitive Ira Einhorn for his murder of Holly Maddux. On his own, Mr. McHugh has secured seven- and eight-figure recoveries for his clients by way of both verdicts and settlements, including one of the highest confidential settlements in the history of Philadelphia. His streak of multi-million dollar successes has continued and now includes recoveries on behalf of hundreds of clients.

As a legal professional, Mr. McHugh has lectured around the country to groups that include lawyers, doctors, and various unions. He has lectured at the American Association of Justice (formerly the Association of Trial Lawyers of America), national and regional legal seminars and schools, and was a presenter during the first live national mass tort internet seminar. Mr. McHugh is a frequent commentator who has been consulted by international and national media leaders including CNN, the Wall Street Journal, and the New York Times.

When he is not practicing law, Mr. McHugh’s free time is devoted to his wife Colette and sons Albert, James, and Cole and his daughter, Sophia – even finding time to assist in coaching his sons’ football teams and his daughter’s lacrosse team. Mr. McHugh also enjoys playing sports and relaxing with his brothers Walter and Edward, both attorneys, and Dennis, an orthopedic surgeon.