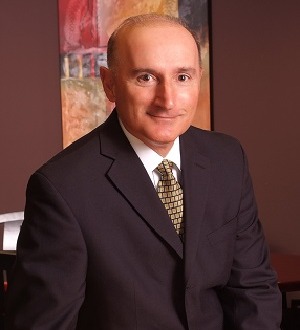 James G. Mannos is a Partner at Tzangas Plakas Mannos, Ltd. and has been practicing law since 1977.  Attorney Mannos is admitted to practice in the United States Court of Appeals, Sixth Circuit, United States District Court for the Northern District of Ohio, and all Ohio Courts.

Mr. Mannos obtained his Title Insurance License from the Ohio Department of Insurance in 1981 and has 41+ years of experience in assisting individuals in various areas of real estate law.

In addition, he has been recognized among Ohio’s most highly rated attorneys in family law from 2010 – 2020 by Super Lawyers Magazine, a distinction limited to the top 5% of attorneys in the state.

Mr. Mannos is a lifelong resident of Stark County, Ohio. He received his B.A. from Bowling Green State University in 1972, is a Vietnam era veteran having served his country in the United States Army as a military policeman from 1972 to 1974, received his J.D. from Ohio Northern University in 1977 and has been in practice since 1977.

He has served as president and longtime board member of St. Haralambos Greek Orthodox Church and past recipient of it’s “Man of the Year” Award.