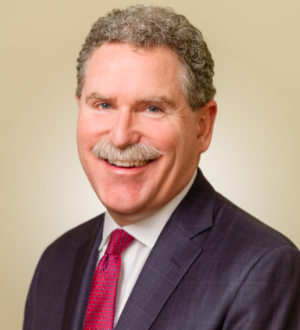 Recognized by Best Lawyers® since 2003.
840 First Avenue, Suite 100 King of Prussia, Pennsylvania 19406-1459
(610) 265-7800
|
Firm: Mannion Prior, LLP
|  Website
Edit Profile
Edit Your Profile
To edit your Lawyer Directory information, please login to your
Best Lawyers® Admin Account.
If you have any questions or need assistance, please contact us at info@bestlawyers.com or 803.648.0300.
Overview
Firm

James has successfully litigated at the trial and appellate court levels, and is admitted to the Pennsylvania bar and the United States Tax Court bar. He has served as lead counsel on numerous cases of first impression, including the first reported decision recognizing a claim for tortious interference with an inheritance under Pennsylvania law, and the 2005 Pennsylvania Superior Court en banc decision in W.W. Smith Trust. James’ many publications include The Presumption of Undue Influence and the Shifting Burden of Proof, cited and relied upon by judges throughout Pennsylvania.

James is a member of the Joint State Government Commission Advisory Committee on Decedents’ Estate Law, and serves as Deputy Counsel to The Pennsylvania Supreme Court’s Orphans’ Court Procedural Rules Committee. James is a Fellow of the American College of Trusts and Estates Counsel (ACTEC), a national organization of approximately 2,600 members with recognized expertise in trust and estate matters. He lectures frequently on fiduciary litigation and Orphans’ Court matters, and has served as an expert witness in fiduciary litigation matters.From 2004 through 2017, American Lawyer Media and Philadelphia Magazine have named James as one of Pennsylvania’s “Super Lawyers.” James has also been acknowledged as AV® Preeminent™ Peer Review Rated by Martindale-Hubbell. James has been included in the 2018 Edition of The Best Lawyers in America©, an honor he has received for 16 consecutive years. James has been recognized by Best Lawyers for his work in Trusts and Estates from 2003-2010, and in Litigation - Trusts and Estates from 2011-2018. Best Lawyers is the oldest and most respected peer-review publication in the legal profession. James F. Mannion received the distinction from Best Lawyers in America as a 2018 “Lawyer of the Year.” This distinction is awarded to individual attorneys with the highest overall peer-feedback for a specific Practice Area and geographic location. Only one lawyer is recognized as the "Lawyer of the Year" for each specialty and location.

What legal services does this lawyer offer?
Litigation - Trusts and Estates
Awards