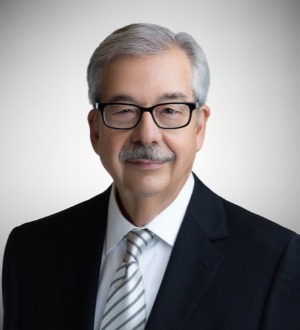 During his many years of practice, Mr. Graves has received numerous honors. In 2017, he was named one of Michigan's "Leaders in the Law" by Michigan Lawyers Weekly. In 2004, he was honored with the prestigious "Leo A. Farhat Outstanding Attorney Award," given each year by the Ingham County Bar Association.

Mr. Graves was recognized in 2013 and 2014 as a "Leading Personal Injury Plaintiff's Lawyer" by Leading Lawyers and has been recognized in every edition of "The Best Lawyers in America" since 2006. He was peer-selected to be featured in the 2020 Leading Lawyers Magazine. In addition, Best Lawyers named Mr. Graves the "Lansing Personal Injury Litigator of the Year" for two consecutive years, and "Lawyer of the Year" for 2021. He has also been recognized by the National Trial Lawyers Association as one of its "Top 100 Trial Lawyers" in the field of personal injury law.

Further, Mr. Graves has co-authored the “Toxic Torts” section of the Michigan Causes of Action Handbook, published by the Institute of Continuing Legal Education (ICLE). He has also taught aviation law as an adjunct professor at Western Michigan University Cooley Law School and has helped educate law students on the ins-and-outs of pre-trial practice.

Mr. Graves serves as a Board Member of the John D. Voelker Foundation, a non-profit organization established to honor former Michigan Supreme Court Justice John D. Voelker, also known by his pen name, Robert Traver, and author of “Anatomy of a Murder.”