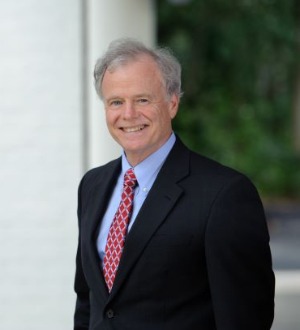 Jim Durham is a Partner in the HBS Brunswick office. Mr. Durham is a Past President of the State Bar of Georgia and a Fellow in the American College of Trial Lawyers.  Throughout his career, Mr. Durham has been involved in complex civil litigation including commercial litigation, construction litigation, industrial accidents, products liability defense, professional negligence, medical malpractice defense, shareholder derivative actions, and mining law and mineral resource litigation. He was in trial for several months in the San Juan Dupont Plaza Hotel fire case representing International Elevators, a division of Otis Elevators. He is involved extensively in commercial litigation, including trade secret litigation, contractual dispute litigation, partnership/shareholder disputes, covenants not to compete, shareholder derivative actions, tax litigation, and large industrial accidents for corporate clients.  He assists his clients with OSHA investigations and hearings.  Mr. Durham has been involved in medical malpractice defense work representing physicians and hospitals throughout South Georgia.  During his 30 plus-year career, he has represented numerous insurance companies in matters involving personal injury defense, coverage issues, and first party defense.

Mr. Durham has been peer rated AV with Martindale Hubbell for over twenty years. He has been selected as a Georgia Super Lawyer every year beginning in 2005. He has been consistently selected as one of The Best Lawyers in America.