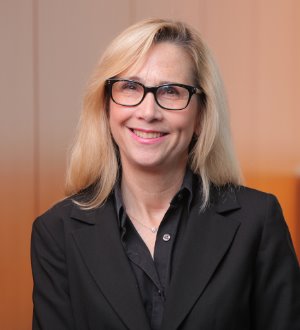 Jacqueline Wolff is a partner in the firm’s investigations and white collar defense practice and is resident in the New York office. She has spent over 25 years defending companies and individuals accused of white collar crimes and False Claims Act (FCA) violations. A former Chief of the Environmental Crimes Unit and Assistant United States Attorney for the Frauds Division in the District of New Jersey, Jacqueline focuses her practice on violations of the Foreign Corrupt Practices Act (FCPA), and fraud-based crimes including healthcare, securities and tax fraud, mostly in the healthcare, pharmaceutical and financial services industries. She has successfully defended multiple clients in False Claims Act cases resulting in declinations from the government, resolutions as overpayment cases or, where the government decided not to intervene, outright dismissals of the qui tam. Jacqueline has also represented corporate clients ranging from Fortune 100 companies to small venture capital firms in FCPA investigations. She has successfully represented corporate officers in tax and securities fraud matters.

While in the United States Attorney’s Office, Jacqueline received numerous awards, including those from the U.S. Nuclear Regulatory Commission, Immigration and Naturalization Service, Environmental Protection Agency and the Attorney General of the United States.

Jacqueline regularly is sought out by business publications and CLE sponsors to speak on FCPA and FCA issues.