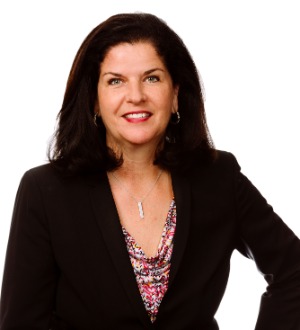 Jacqueline A. Whisnant, born in Burbank, California in 1960, has been an Orange County resident since 1985.  She and her husband, Bruce Whisnant, have two children.

Ms. Whisnant graduated from California State University, Northridge (B.A., 1984) and Loyola Law School of Los Angeles (J.D., 1987).  While in law school, she was a member of the Philip C. Jessup International Moot Court Honors Program and held the position of judicial extern for the Honorable Allan E. Broussard of the California State Supreme Court (January – May 1987). She was admitted to the California State Bar in 1987 (and the U.S. Central District of California in 1988) and has practiced law in Orange County thereafter.

Ms. Whisnant started her legal career as a civil attorney handling various business litigation matters.  She has been practicing family law exclusively since 1991 and has been a Certified Family Law Specialist with the State Bar of California since 1996. She has been appointed Judge Pro Tem with the Orange County Superior Court and has authored family law articles, including “Division of Community Property: How Many Bites of the Apple do the Parties Really Get?” (Orange County Lawyer, August 1996. See attached). Ms. Whisnant has also lectured on various family law issues, including “Recent Developments in Family Law” (CEB, 1996) and “Analyzing Separate Property and Transmutation Contributions” (CEB, January 2007).

Ms. Whisnant has an AV Preeminent rating with Martindale Hubbell, the highest designation possible.  She has been named by Los Angeles Magazine as one of the 50 top female attorneys in Southern California and has been recognized by this magazine since 2002 as one of Orange County’s Super Lawyers.

Ms. Whisnant is a founding partner of PWGGC. She and partner Gerald Phillips started the firm in 1999, and it has grown from two lawyers to 16 within the last 17 years. PWGGC is one of the largest family law firms in Southern California. All eight partners have excellent individual reputations and are AV Preeminent-rated attorneys.

While Ms. Whisnant handles all facets of the marital dissolution process, including child and spousal support, custody, and visitation, and characterization and division of property, she focuses primarily on dissolutions with complex business and real estate issues –involving self-employed parties, issues of cash flow, valuation and characterization, tracing of community and separate property interests and assets –and creative division and resolution of such issues.  The “dream team” she establishes for her clients usually includes a seasoned forensic accountant as well as estate planning, real estate, corporate, and/or other experts when needed. Regardless of the size or complexity of the case, effective and efficient resolution of the problem is always the first priority.