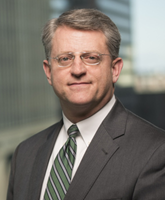 David has represented owners, general contractors, subcontractors, engineers, architects, insurance companies and sureties throughout the United States. He has advised clients at every stage of a construction project: conception, planning, performance and closeout. He has drafted and negotiated contracts for several large scale projects, and he has participated in trials, hearings, appellate arguments, mediations and arbitrations in Alabama, Georgia, Florida, Mississippi, New Jersey, North Carolina, Pennsylvania, South Carolina, Tennessee, Texas and Mexico, among others. He has also argued before the United States Supreme Court representing a pipe subcontractor involved in the construction of a natural gas pipeline in Florida and Alabama.

In addition to his work with the firm's Construction Practice Group, David has worked on various general litigation matters including commercial contract and insurance cases. He is also a registered patent attorney and has prosecuted a variety of mechanical, electrical and chemical patents as well as design patents and trademarks. He has litigation experience in state and federal courts prosecuting and defending claims of patent infringement, trade secrets, Lanham Act violations and other business tort or anticompetitive practices.