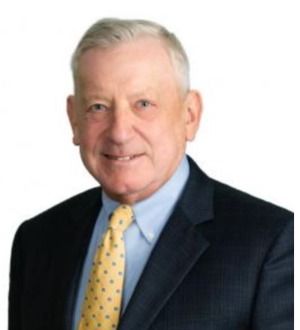 Bruce brings more than 30 years of experience and success in the handling of complex litigation matters ranging from air crashes, product failures, business disputes, and interpretations of contracts and insurance policies.

Where millions of dollars have been at stake, clients from around the country have sought out Bruce and the team of attorneys working with him to analyze the matter in dispute; oversee the pre-trial investigation to assure that all pertinent facts are ferreted out; put together the team of experts who will assist in presenting the matter to the jury; and, thereafter, conduct the orchestrated presentation of the case to the court and jury before whom the matter is to be tried.

Not only has Bruce been called upon to handle complex matters of the type set forth throughout Pennsylvania, but also in New Jersey, West Virginia, Delaware, Maryland, Kansas and Texas, in which jurisdictions he has appeared pro hac vice.

Bruce's determination, competitive skills, and will to succeed on behalf of his clients is best exemplified beginning with his high school days where he was All-State in two sports (football and lacrosse) and an Eagle Scout, to his selection as a First Team All American Lacrosse at Dartmouth College. A year after graduating from Villanova Law School, and while working as an assistant district attorney in the Philadelphia District Attorney's Office, Bruce was arguing cases in the Pennsylvania Supreme Court and assigned to the homicide unit. Over the next two-and-one-half years, Bruce tried more than a dozen jury trial first-degree murder cases with a 95 percent success rate.

After joining Duane Morris & Hecksher in 1973, and being elected as a partner in just three years, Bruce successfully built and headed-up that firm's Aviation and Product Liability Group until 1983. He then went on to form his own boutique litigation firm of McKissock & Hoffman, where he practiced until October 2007, growing this firm to more than 40 attorneys and six offices in Pennsylvania, New Jersey, and Delaware.

Bruce has been elected by his colleagues as a member of the American College of Trial Lawyers and for the past six years has been selected as a Pennsylvania Super Lawyer. He is a member of the International Association of Defense Counsel, the Lawyer-Pilot's Bar Association, and the Aviation Insurance Association and has served as a Judge pro tempore for the Court of Common Pleas of Philadelphia County.