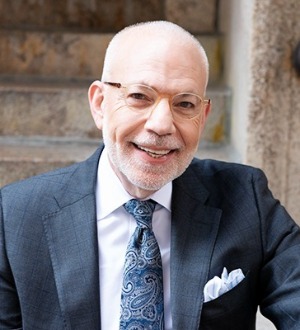 Recognized by Best Lawyers® since 1989.
212 Locust Street, Suite 301 Harrisburg, Pennsylvania 17101-1510
(717) 221-1000
|
Firm: Willig, Williams & Davidson
|  Website
Edit Profile
Edit Your Profile
To edit your Lawyer Directory information, please login to your
Best Lawyers® Admin Account.
If you have any questions or need assistance, please contact us at info@bestlawyers.com or 803.648.0300.
Overview
Firm

Irwin W. Aronson is the partner in residence of Willig, Williams & Davidson’s Harrisburg, Pa., office. A respected appellate advocate, Irwin concentrates his practice in labor and employment law, employee benefit matters, governmental affairs and legislative drafting and analysis. He possesses a broad range of experience in litigation and legislative matters ranging from fair labor standards and unemployment compensation, to housing and urban development, to elections and voting rights.

Among other notable verdicts and settlements, Irwin served as lead counsel for the prevailing party or prevailing intervenor in matters that: established the applicability of public labor and employment regulation to private construction projects partially supported by public funds; established that unions may participate as parties in prevailing wage enforcement cases; established a method of computing benefits for workers who sustain injuries after only a short period of employment; and secured railroad yard safety by prohibiting the replacement of workers with electronic signaling devices.

The recipient of several prestigious awards, Irwin received the Keystone Research Center’s highest honor, the Sol Hoffman Award for Outstanding Service to the Commonwealth of Pennsylvania, in 2005. As a candidate for the Commonwealth Court of Pennsylvania in 2001, he was the only Democratic nominee to receive the Pennsylvania Bar Association Judicial Evaluation Commission’s coveted “Highly Recommended” rating. That same year, the Chester County Labor Council named him “Citizen of the Year. Since 1987, Irwin has been recognized as a LexisNexis Martindale-Hubbell AV® Peer Review Rated attorney. He has been consistently selected by his peers for inclusion in The Best Lawyers in America® in the fields of Labor, Employment and Employee Benefits Law (Copyright 2010 by Woodward/White, Inc., of Aiken, S.C.) since 1987. In 2004, 2005, 2006 and 2011, Irwin was named a Pennsylvania Super Lawyer by Thomson Reuters, published annually in Philadelphia magazine.