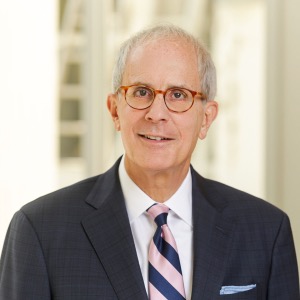 Recognized by Best Lawyers® since 2023.
1221 Post Road East Westport, Connecticut 06880
(203) 227-9545
|
Firm: Berchem Moses PC
|  Website
Edit Profile
Edit Your Profile
To edit your Lawyer Directory information, please login to your
Best Lawyers® Admin Account.
If you have any questions or need assistance, please contact us at info@bestlawyers.com or 803.648.0300.
Overview
Firm

Ira W. Bloom is a senior partner in the firm. He has practiced in the land use and municipal areas for many years. Mr. Bloom has been Town Attorney for Westport since 1998, Town Attorney for New Canaan since 2012, Town Counsel for Wilton since 2016, Weston Town Attorney since May 2018, and has served as counsel to Easton and Madison for several years. He has also represented other municipalities, along with numerous applicants and neighborhood associations throughout the state.

Mr. Bloom has written a number of articles for the Connecticut Lawyer, including an article on the new administrative practice book rules in the March, 2012 issue and an article on Piquet v. Town of Chester, et al., in the October/November, 2012 issue.  A frequent speaker at CBA and CAMA seminars, Mr. Bloom has also been a past speaker at events and seminars sponsored by the Fairfield County Bar Association and the Southwest Regional Planning Agency (SWRPA).

Mr. Bloom is a member of the International Municipal Lawyers Association and regularly attends their national meetings. He also served as Chairman of the Westport Board of Education, serving on that board for eight years.

Mr. Bloom has been named to the Connecticut and New England Super Lawyers lists since 2008 for Land Use & Zoning. He was also recognized by The Best Lawyers in America® 2023 Edition for Land Use and Zoning Law. For the 2023 edition of The Best Lawyers in America, more than 12.2 million votes were analyzed to identify the top legal talent, as identified by their peers.