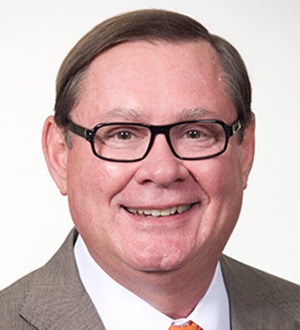 Recognized by Best Lawyers® since 2005.
One Riverway, Suite 2200 Houston, Texas 77056
(713) 572-4321
|
close@wrightbrownclose.com
Firm: Wright Close & Barger, LLP
|  Website
Edit Profile
Edit Your Profile
To edit your Lawyer Directory information, please login to your
Best Lawyers® Admin Account.
If you have any questions or need assistance, please contact us at info@bestlawyers.com or 803.648.0300.
Overview
Firm

Board Certified in Civil Trial Law by the Texas Board of Legal Specialization, Howard Close has tried and arbitrated difficult assignments from patent and trade secret litigation in northeast Texas to multiple death and burn cases along the Texas-Mexico border, to massive coverage cases in Beaumont. He and his team have tried state and national class actions, medical device, oil & gas, nursing home, insurance coverage and intellectual property matters in both state and Federal Court.  He also has extensive appellate experience, having argued at all levels of the Texas Appellate system and in the U.S. Court of Appeals for the Fifth Circuit.

Howard is AV Preeminent rated by Martindale-Hubbell, the highest level of peer rated professional excellence. Every year since 2003, Howard has earned selection to Thomson Reuters’ list of Texas Super Lawyers (2003-2022) in Civil Litigation, Insurance Coverage, Intellectual Property Litigation. In addition, since 2005, Howard has been included on the list of Best Lawyers in America (2005-2023) in Commercial Litigation and Personal Injury Litigation-Defense. Howard was also named to the list of “Top Rated Lawyers” in Texas (2010-2016) in the area of Intellectual Property Law, by ALM and Martindale-Hubbell. Howard is also a Fellow of the prestigious Litigation Council of America.

Wright Close & Barger is ranked among the Best Law Firms in 2019-2023 with a National Tier 1 ranking in Appellate, by U.S. News and Best Lawyers. The firm also has Tier 1 rankings in Houston for Commercial Litigation, Personal Injury Defense, and Appellate Practice.