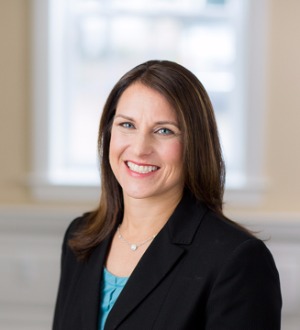 Hillary focuses her practice exclusively in the area of family law, where she handles all phases of the negotiation and litigation of domestic relations cases, including divorce, child custody, child support, alimony/spousal support, equitable distribution, prenuptial and postnuptial agreements, and related issues. She is well-versed in the financial aspects of divorce cases, including the intricate issues related to complex business valuations and forensic accounting matters.

While Hillary is a skilled litigator with extensive experience handling complex divorce matters, she also is trained in several areas of alternative dispute resolution, including mediation and collaborative law.

In 2006 – 2008 and then again in 2010 – 2012 Hillary was selected to the Pennsylvania Rising Stars list published by Pennsylvania Super Lawyers Magazine. Only 2.5 percent of all lawyers in Pennsylvania State receive this honor each year. Hillary also has been selected by her peers for inclusion in The Best Lawyers in America© in the field of Family Law. She has an AV Preeminent Rating in Martindale Hubbell Peer Review Ratings, the highest legal ability, and ethical standards rating.

Hillary is actively involved in numerous professional associations. She has served in many capacities for the Pennsylvania Bar Association, including serving as a Council Member for the Family Law Section and a member of the Programming Committee. She serves as the Co-Chair of the Programming Committee for the Family Law Section and plays an active role on the Collaborative Law Committee. She represents military veterans free of charge as part of the Pennsylvania Bar Association’s Lawyers Saluting Veterans Program, which is coordinated through the Pro Bono Office and Military and Veterans’ Affairs Committee.

In 2010 and 2012, Hillary contributed to the book, “Slicing Up the Pie: Property Distribution in Pennsylvania” published by the Pennsylvania Bar Institute Press. She has been featured as a case note contributor for the Pennsylvania Family Lawyer, a publication of the Pennsylvania Bar Association and has authored articles for The Legal Intelligencer, including “The Impact of Social Media on Family Law Matters” in 2013 and “Post-Retirement Benefits in Matrimonial Litigation” in 2014. On top of her contributions to legal publications, she often lectures on a variety of family law topics.