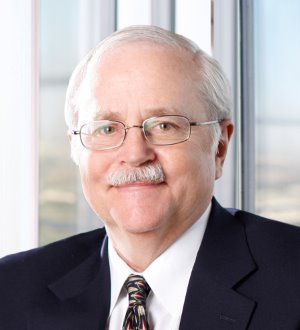 Henry H. Robinson counsels and represents clients in all areas of labor and employment law and healthcare law. Clients value his advice and abilities in and out of the courtroom. U.S. News and World Reports has included Mr. Robinson on The Best Lawyers in America® ranking every year since 2001. From 2003 through 2018, he was named a Texas Super Lawyer which is a list published in Texas Monthly magazine by Thomson Reuters. Mr. Robinson was also voted by his peers as among the city’s best attorneys in polls conducted by Fort Worth, Texas magazine and 360 West.

Mr. Robinson has extensive labor and employment experience in diverse industries such as transportation, retail, oil and gas, banking, finance, telecommunications, health care, technology, manufacturing and sales. His experience includes single-plaintiff and multi-plaintiff litigation, as well as class actions and collective actions. He has handled litigation before federal and state forums in Texas and many other states and before a host of arbitration forums.

Mr. Robinson counsels clients on employment practices and policies designed to avoid potential problems and minimize risks. When an issue exists, he identifies options and their respective advantages and disadvantages. In litigation, he gives personal attention at all phases: discovery, motion practice, summary proceedings, settlement negotiations and mediation, trial, and appeal.

Before entering private practice, Mr. Robinson worked as an in-house attorney for a labor union and has taught labor law, industrial relations and organizational behavior. In addition to his current practice, he is a speaker on labor and employment law issues and health care reform. Before entering the practice of law, Mr. Robinson served in the United States Army (Intelligence) in Vietnam and was awarded the Bronze Star and other medals.