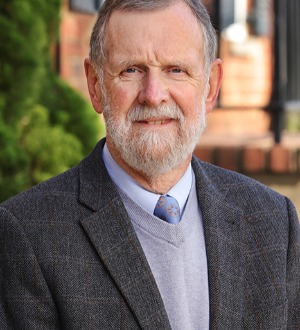 Henry G. Garrard III is a dedicated personal injury and plaintiffs’ litigation lawyer at Blasingame, Burch, Garrard & Ashley, P.C. Throughout his extensive career, he has handled a wide variety of complex injury claims, including those involving medical malpractice and products liability, as well as qui tam litigation, tort liability, and class actions. Additionally, he has experience handling very complicated litigation, including multidistrict litigation.

Before beginning his practice in personal injury, Henry was appointed to the Plaintiffs’ Steering Committee in the Mentor OBTape MDL. He also served as the sole appointed member of the Plaintiffs’ Lead and Liaison Counsel. As lead counsel for the Mentor OBTape MDL’s first jury trial, Henry was instrumental in reaching a confidential settlement after a week-long trial. The case involved a consolidated trial involving four plaintiffs which, in turn, resulted in more than 100 cases reaching settlement under Henry and the firm’s counsel.

Henry’s extensive experience encompasses work as a defense attorney in a number of complicated product liability claims and mass tort litigations. He worked on behalf of Pittsburgh Corning Corporation as national trial counsel from 1982 through 1999, serving as lead and coordination counsel in two mass consolidation trials involving asbestos claims. The trials, presented before the Honorable Andrew McQueen in Kanawha County Circuit Court in Charleston, West Virginia each included more than 1,000 asbestos cases apiece. Throughout his 17 years with Pittsburgh Corning, Henry resolved thousands of cases and worked extensively with attorneys across the nation.

Henry also represented other corporations in asbestos-related claims and lawsuits. He was instrumental in one of the largest class actions to take place in the Federal Court Fifth Circuit in 1998, serving as lead counsel for the defense in Cimino v. Raymark Industries, Inc. before the Honorable Robert Parker of the U.S. District Court for the Eastern District of Texas. With this experience, as well as his experience handling a number of major business disputes, Henry gained a valuable understanding of how the defense works in these types of cases. He uses this knowledge and his unique perspective from both sides when representing injured plaintiffs. His extensive work with other attorneys, including defense and plaintiff lawyers, as well as with large corporations has provided Henry the ability to skillfully navigate the legal system on behalf of his clients.

Currently, Henry is representing women across the United States, serving as co-lead counsel for all of the Transvaginal Mesh MDL and, specifically, the Transvaginal Mesh MDL involving C.R. Bard. He is also on the Plaintiffs’ Steering Committee. Alongside other members of the firm, Henry has been at the forefront of this litigation. His work has earned him an invited place with the Duke University Mass-Tort MDL Program for Judicial Conference Committees, as well as an invitation to take part in presentations and discussions on various important issues at Emory University alongside other lawyers and judges from across the nation.

Henry is also currently serving on the Executive Committee in Los Angeles, California for litigation involving talc exposure leading to ovarian cancer in women. He is also involved with defective hernia mesh litigation and cases against the pharmaceutical industry regarding artificially inflated drug prices. This litigation involves overpayments made by both consumers and government entities/insurers.