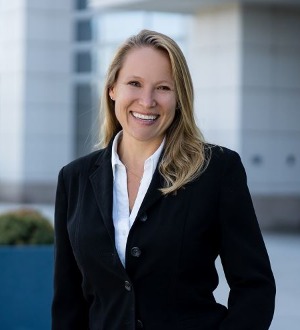 Years In Practice
Phone Number (303) 623-1800
Heather A. Salg is a Partner in our Litigation Practice Group who has tried over 50 trials and arbitrations to verdict. She primarily defends insurance companies and their insureds, as well as large self-insurers, in Federal and District Courts throughout Colorado, including where necessary in Colorado’s appellate Courts. She defends matters involving claims of bad faith and statutory delay/denial, personal injury/bodily injury, premises liability, liquor liability/dram shop, as well as claims arising out of hail, wind and fire losses including matters involving demands for appraisal. Her primary goal is to develop the relevant facts as quickly and economically as possible, provide an early and accurate assessment based on the facts and law, resolve matters as soon as they can be resolved, and zealously defend cases, if necessary, before a jury.Ms. Salg has been a presenting speaker in Colorado and nationally regarding the defense of bad faith claims. She has presented and written about evidentiary problems associated with the reasonable value of medical expenses (“billed v paid”), Premises Liability, and best claim handling practices. She has written articles for the Colorado Lawyer and Claims Management Magazine. She has been a faculty presenter for the Colorado Bar Association, the National Business Institute, the Colorado Defense Lawyers Association, the National Conference of Insurance Guaranty Funds and the ABOTA Masters in Trial Program.In 2013 Ms. Salg was invited to be a member of the American Board of Trial Advocates (ABOTA), an organization with a primary mission of preserving the constitutional vision of equal justice for all Americans and our civil justice system. ABOTA is an invitation-only organization consisting of lawyers who have tried a minimum of 20 civil jury trials to conclusion. Ms. Salg has been AV-Rated by Martindale-Hubbell since 2009. She was named as a Super Lawyers Rising Star in 2012 and has been named a Super Lawyer annually since 2014. Since 2016 she has been recognized annually as a Top Lawyer by 5280 Magazine, and since 2017 she has been named annually to the Top 50: Women Colorado Super Lawyers List.As a volunteer with the Colorado Defense Lawyer’s Association, Ms. Salg participates on amicus issues, legislative issues, and has helped to organize annual professionalism events that are co-sponsored by the Colorado Defense Lawyer’s Association and the Colorado Trial Lawyers Association. In addition she volunteers for the White Center as a speaker on Constitution Law Day annually, and as a Moot Court Judge for the Colorado Bar Association and Denver University Law School.
What legal services does this lawyer offer?
Personal Injury Litigation - Defendants
Education
University of Denver, J.D.
Graduated 1998
Fort Lewis College, B.A. Cum Laude
Graduated 1993
University of Denver, M.B.A
Graduated 1998
Contact Details and Office Locations
Office: (303) 623-1800
6465 Greenwood Plaza Boulevard, Suite 650
Greenwood Village, Colorado 80111
Greenwood Village, Colorado 80111
See Location