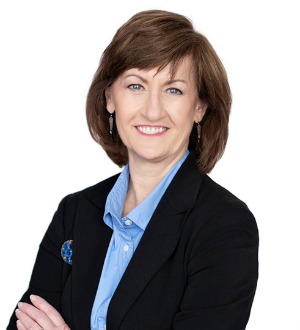 Hallie Still-Caris is a shareholder of Nyemaster Goode and practices in the firm's Business, Finance, and Real EstateDepartment.  Her practice is concentrated in the area of commercial real estate finance, in which she represents a number of insurance company lenders. She also advises businesses on compliance with environmental laws, as well as antitrust laws. In addition, Hallie prepares filings under the Hart-Scott-Rodino Act, which are required for certain transactions that have the potential of creating antitrust concerns. Her practice also includes other more general real estate and business matters for corporate clients.

Hallie is active in the community, currently serving as a deacon at Plymouth Congregational United Church of Christ, as well as the chairperson of the church’s personnel committee.  She also recently served on the church council as the member at-large. In addition, she currently serves as the co-chair of the Board of Directors of the Downtown Community Alliance and as a member of the Board of Directors of the Greater Des Moines Partnership.  She also serves as a committee member for Iowa Legal Aid’s Equal Justice After Hours fundraising event.  She previously served as Chair of the Public Policy Committee of United Way of Central Iowa. She also served a six-year term on the Board of Directors of United Way of Central Iowa and a five-year term on the Board of Trustees of Plymouth Church. In addition, Hallie previously served as the Chair of the Environmental and Natural Resources Law Council of the Iowa State Bar Association.  She also was a member of the Greater Des Moines Leadership Institute, class of 1997.

Hallie received her undergraduate degree from Iowa State University in 1983 and her J.D., with distinction, from the University of Iowa College of Law in 1986.