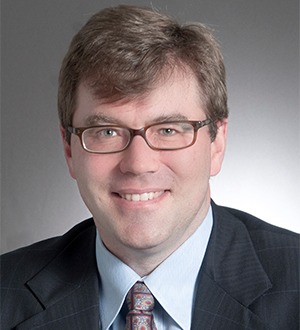 Mr. Giammittorio has recently worked on mergers and acquisitions for government services, telecommunications, energy, software, semiconductor, information technology, medical device, media, and life science companies. He has developed numerous acquisition programs for companies whose growth strategy involves a consistent mix of both organic growth and growth through acquisitions. Mr. Giammittorio has served as lead outside counsel on hundreds of M&A and investment transactions, leveraged buy-outs and management buyouts. In addition, he has provided counsel to leading companies in the region on a variety of strategic commercial relationships involving matters such as strategic alliances, joint ventures, teaming agreements, joint research and development agreements, intellectual property licensing arrangements, and OEM, reseller, service provider and distribution agreements.

Greg served as Chairman of the Middle Market and Small Business Committee of the American Bar Association from 2008-2011.  He has also served as a member of the American Bar Association Mergers & Acquisitions Committee’s Private Target Study Working Group. He is also active in the National Capital Chapter of the Association for Corporate Growth, serving as Co-Chair of its 2011 annual awards program gala honoring outstanding companies and deal professionals. Greg was recently appointed Chair of the Programs Committee for the chapter.

Greg has been named to 2014 U.S. News - Best Lawyers in America for Corporate Law and named Washington's Top Lawyer in Technology Transactions by the Washington Business Journal. He is also recommended as a leading lawyer by Chambers USA 2010-2014 and by PLC Which Lawyer? 2011-2012. He is a former co-chair of the firm's Mergers & Acquisitions Group and Private Equity Buyout Group and co-founder of the Morrison & Foerster's M&A University Program.