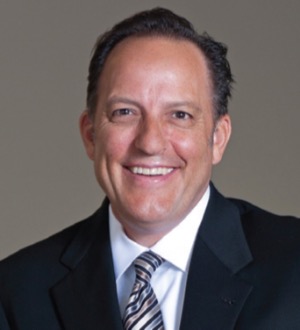 Recognized by Best Lawyers® since 2017.
420 Exchange, Suite 270 Irvine, California 92602
(714) 505-3000
|
Firm: Brown & Charbonneau, LLP
|  Website
Edit Profile
Edit Your Profile
To edit your Lawyer Directory information, please login to your
Best Lawyers® Admin Account.
If you have any questions or need assistance, please contact us at info@bestlawyers.com or 803.648.0300.
Overview
Firm

Gregory G. Brown, Esq. is an accomplished jury trial veteran and Certified Specialist in Civil Trial Advocacy, a distinction earned by only 140 lawyers in California. A trial lawyer for over 30 years, he has spent over 200 days as lead trial counsel in jury trials throughout California. A student of the jury trial, Brown has been awardedMartindale-Hubbell’s highest honor, an AV Rating, signifying that his legal abilities are of the “very highest standard” and his professional ethics are “unquestionable.” He is a member of The American Board of Trial Advocates (ABOTA) and has been selected for inclusion in Super Lawyers for nine years straight.  Mr Brown has been named to Best Lawyers annual list of the Best Lawyers in America.  He has earned the coveted Avvo Rating of “Superb 10/10” and is Lead Counsel Rated. Brown has been named to the prestigious Bar Register of Preeminent Lawyers since 1997.  He is also a graduate of the internationally renowned Strauss Institute for Dispute Resolution and the National Institute of Trial Advocacy.

Brown’s trial and litigation experience includes contract actions, fraud cases, trade secret litigation, trust litigation, commercial contract disputes, intellectual property disputes, unfair competition, false advertising, shareholder derivative actions, corporate litigation, complex dissolution actions, real estate & construction, personal injury and professional liability suits. Recently he obtained a $2,930,000 verdict for his client in a business fraud case against a publicly traded company and two of its directors.  His successful defense of a Fortune 500 company in a $30,000,000 fraud and breach of contract jury trial was featured in Verdict Magazine. One of his largest trials involved a trust and community property dispute over the ownership of a well known food & beverage manufacturer valued at over $175,000,000. The Los Angelese Daily Journal has featured Brown’s achievements onmultiple occasions, including a full page “Litigator Profile”.  Brown’s cases and many trial successes have been featured in many magazines and periodicals, including Forbes Magazine.

Brown has written dozens of articles and serves as a Mediator and Arbitrator.  He also speaks regularly on legal issues and has been an instructor and judge for the OCBA College of Trial Advocacy.