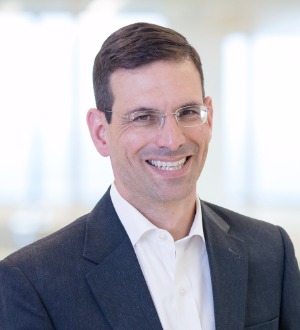 Greg is chair of Holland & Hart's Government Investigations practice group and a partner in its complex civil litigation practice group.

He defends companies and individuals in government investigations by grand juries, the U.S. Attorney's Offices, the Department of Justice including the Tax Division, and federal and state agencies such as the EPA, FBI, SEC, FDA, DOL, MSHA, FTC, BLM, DOT, and IRS. He also represents clients in related complex commercial litigation matters, including under the False Claims Act (FCA). Featured as a Band 1 lawyer by Chambers USA, he “is lauded for his expertise in white collar crime and government investigations, with sources enthusing that he is ‘as good as it comes.'” Greg is also recognized in The Best Lawyers in America® and as a “Top 50 Lawyer” by Colorado Super Lawyers®, and holds an AV Preeminent 5.0 out of 5.0 rating by Martindale Hubbell.

Greg counsels clients confronting government inquiries or critical events, such as oil spills and other incidents of environmental contamination, allegations under the FCA or Foreign Corrupt Practices Act, search warrants, grand jury subpoenas, workplace deaths, and healthcare and financial fraud. He has tried more than 20 federal criminal and civil trials.

Greg served in the U.S. Department of Justice where he received the Director's Award from the U.S. Attorney General for superior performance as a federal prosecutor. He also served as a law clerk to the Hon. Paul J. Kelly, Jr. of the U.S. Court of Appeals for the 10th Circuit.