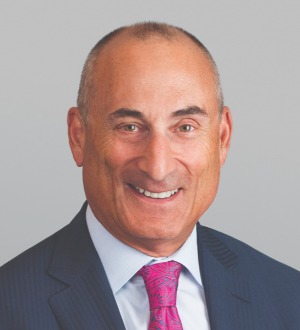 With a practice that spans white collar defense, health care fraud, internal investigations, public corruption, and securities and commercial litigation, Gregg is one of the most well-respected attorneys in Maryland. Gregg has represented numerous clients in high-profile cases including a former state senator who was acquitted of bribery and extortion charges; the head of a state agency whose criminal charges of misappropriating federal grant money were dismissed; and one of the largest securities funds in the world in a shareholder class action involving the merger of two companies.

He is also frequently retained to provide consulting assistance to law enforcement and prosecution agencies throughout the country.

Gregg rejoined Zuckerman Spaeder in 2015 after serving a four-year term as the Baltimore City State’s Attorney where he managed an office of more than 400 prosecutors and support staff responsible for investigating and prosecuting criminal offenses throughout the City of Baltimore.

Elected Baltimore City State’s Attorney in 2010, Gregg spearheaded a number of initiatives to enhance the effectiveness and efficiency of the office and improve public safety throughout the city.

Gregg served as an Assistant U.S. Attorney for the District of Maryland from 1987 to 1991, where he investigated and obtained convictions in a wide variety of federal criminal matters, including the illegal export to Iran and Iraq of a chemical precursor used in the manufacture of mustard gas; a murder-for-hire scheme of an IRS agent; and the deadly collision between a freight train and an Amtrak passenger train.