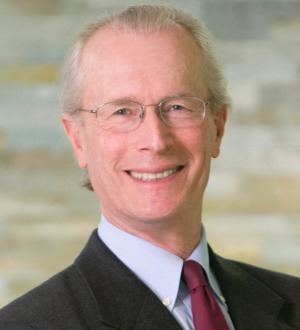 Recognized by Best Lawyers® since 2006.
4800 Hampden Lane, Sixth Floor Bethesda, Maryland 20814-2930
(301) 656-7603
|
Firm: Paley Rothman
|  Website
Edit Profile
Edit Your Profile
To edit your Lawyer Directory information, please login to your
Best Lawyers® Admin Account.
If you have any questions or need assistance, please contact us at info@bestlawyers.com or 803.648.0300.
Overview
Firm

Years In Practice
Phone Number (301) 656-7603
Glenn M. Cooper is the chair and senior member of the firm’s Litigation and Family Law practices. He frequently appears before federal and state courts at both the trial and appellate levels, and before arbitration panels and professional disciplinary boards. The majority of his practice is devoted to complex business, financial, commercial and domestic litigation involving significant business issues. A number of Mr. Cooper’s cases have helped shape the current state of the law in a number of areas. He is among a select group of active lawyers who have briefed and argued multiple civil cases in Maryland’s Court of Appeals, the state’s highest court which only accepts cases that involve issues of significant public importance. He has also earned the respect of his colleagues, having represented a number of lawyers and law firms in Montgomery County.