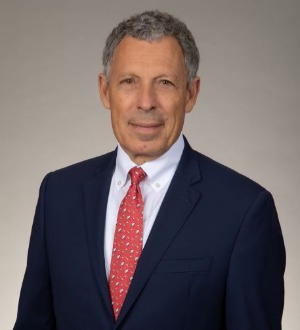 Mr. Meunier attended Georgetown University Law Center while working in the United States Senate as an assistant to the Secretary for the Majority.  He was a contributing Editor of the Georgetown Law Journal and received his J.D. in 1974.  He also served in the D.C. National Guard and in the U.S. Army Reserves, from which he received an Honorable Discharge in 1976.

After serving as a law clerk to two different judges in the U.S. District Court for the Eastern District of La. (the Hon. James Comiskey and the Hon. Edward Boyle) from 1975-1977, Mr. Meunier joined the law firm of Kierr, Gainsburgh, et al., which became the current firm of Gainsburgh, Benjamin, et al. in 1981.  Mr. Meunier was made a partner of the firm in January 1981.

A frequent CLE presenter and the writer of numerous professional papers and articles, Mr. Meunier is a Lead Author of "Louisiana Civil Pretrial Procedure" (West 1997) and a Co-Author of a yearly publication for judges and attorneys entitled "A Practical Digest of Louisiana Class Action Decisions."  Listed since 1999 in "The Best Lawyers in America" (Woodward & White), since 2004 in Chambers U.S.A.'s "America's Leading Lawyers for Business," and since 2008 in "Louisiana Super Lawyers" (Law and Chambers USA Politics), he was recognized by "Best Lawyers" in 2011, 2013, 2014, 2015 and 2016 as the New Orleans "Lawyer of the Year" in Mass Tort litigation.