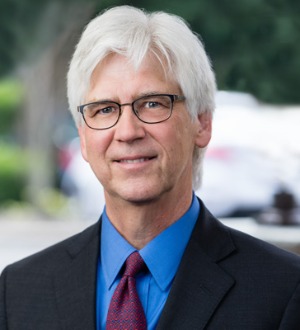 Gary Nielsen, Esq. has more than 35 years of experience as a trial and appellate advocate, and has tried medical malpractice cases in New York, Connecticut and North Carolina. He has represented hundreds of patients who were victims of medical errors and has obtained many million-dollar settlements for injured plaintiffs. Previously, Mr. Nielsen successfully represented plaintiffs and defendants in employment discrimination, product liability, legal malpractice and fraud claims.

Mr. Nielsen has maintained the highest “AV” rating from Martindale-Hubbell since 1999, in peer recognition of his legal ability, ethics, judgment and experience. He has been named to the highly regarded list Best Lawyers in America©, to which only five percent of practicing attorneys in the U.S. are recognized. He has also been recognized on the New York Metro Super Lawyers® List for the seventh consecutive year, among only 5% of all U.S. lawyers. He has been profiled as a prominent medical malpractice lawyer in the Long Island Business News, in their “Who’s Who” publication. In 2016, he was awarded the “Champion for Families Award” by RotaCare NY, a nonprofit organization serving Long Island, NY patients in need of free health exams, screenings, and treatments.

Gary considers it a privilege to represent individuals who have disabilities, whose children are disabled, or who have lost loved ones, in challenging cases that are intellectually rewarding. Mr. Nielsen has served on the board of directors of the New York State Trial Lawyers Association. He is a member of the New York State Bar Association, the Nassau County Bar Association, and the American Association for Justice. He is a member of Phi Beta Kappa, and earned his law degree with honors from the Hofstra University School of Law, where he was the managing editor of the Hofstra Law Review. As a musician, Mr. Nielsen has donated his time performing in charity concerts to benefit Veterans’ services.