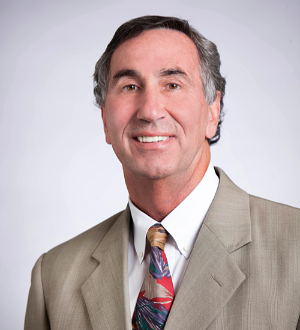 Gary B. Rudolph practices in the area of bankruptcy and other insolvency problems, representing trustees, creditors and debtors in commercial bankruptcies. His representation in the Bankruptcy Court includes official unsecured creditor committees, bankruptcy trustees, corporate Chapter 7 debtors, Chapter 11 debtors-in-possession, and creditors in all bankruptcy matters.

Mr. Rudolph is a mediator for the United States Bankruptcy Court, Southern District of California, and was chosen as the outstanding mediator by the Judges of the Bankruptcy Court in 1991. He has also qualified and served as a bankruptcy examiner and as an expert witness in bankruptcy matters.

Mr. Rudolph serves on the Legal Education Committee of the Federal Bar Association for 2020. He also has been appointed to serve on the Executive Committee of the Business Law Section (BLS) of the California Lawyers Association for 2020-2023. He formerly served as chair of the Insolvency Law Committee (ILC) of the BLS for 2019-2020 and was the co-vice chair for 2018-2019. He previously served as the chair of the ILC Legislative Subcommittee.

He also serves on the Advisory Panel for the Bankruptcy Self-Help Center at the Bankruptcy Court through the Legal Aid Society of San Diego, and is also a member of the National Association of Bankruptcy Trustee Rules Committee.