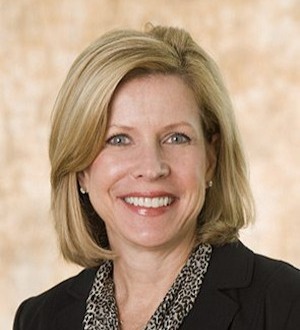 Gail has been in practice since 1985, practicing with Real Estate and Lending Practice Groups, with a focus on various commercial real estate transactions, representing both lenders and developers.

She has significant experience in representing banks and institutional lenders in retail, health care, multi-family, office, and industrial loan transactions, as well as commercial foreclosures/deed in lieu, workouts and restructures of defaulted real estate loans, receivership proceedings, and defaulted bond issues. Her developer experience includes retail, office, mixed-use, medical office, as well as residential communities. She has extensive experience in buying and selling all types of commercial properties, as well as recapitalization of existing properties and acquisition of distressed assets and defaulted loans.

Gail has extensive experience representing developers in economic incentive transactions with various cities for the development of commercial projects throughout the State of Alabama. In each of these transactions, she worked closely with the Mayor and City Councils in finalizing various development agreements.

Gail was admitted to the American College of Real Estate Lawyers (ACREL) in 2003 and is presently the only woman member of ACRE from the State of Alabama. She has been listed in The Best Lawyers in America since 2002 and has been listed in Chambers USA since 2005. In addition, Gail has been named to the Alabama Super Lawyers every year since its inception in 2008. Gail taught a commercial real estate transactions class as an adjunct professor at the University of Alabama School of Law in the spring of 2008.