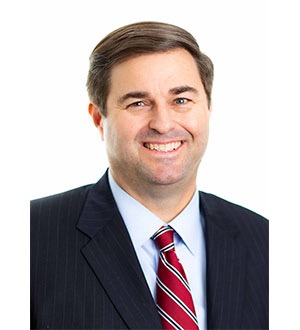 G. Murrell Smith, Jr. is a co-founding partner of Smith Robinson. G. Murrell Smith, Jr. A native of Florence, South Carolina, Murrell grew up in Sumter, where he graduated from Wilson Hall in 1986. He attended Wofford College in 1990, earning a Bachelor of Arts in History and Government. After earning his Juris Doctor from the University of South Carolina School of Law in 1993, Murrell began practicing law in his hometown of Sumter. He started with a general law practice yet simultaneously served as a part-time public defender from 1994-1998. As a public defender, Murrell tried numerous DUI and drug cases and major felonies to include murder trials and death penalty cases.

Murrell later joined the practice of Lee, Erter, Wilson, Holler & Smith, LLC. Smith’s focus evolved to insurance defense, automobile claims, and medical malpractice defense. He has tried numerous cases to verdict and has honed his trial skills to concentrate on more complex litigation to include nursing homes, business litigation, workers compensation, medical malpractice and legal malpractice. Murrell now has a presence representing clients in virtually every county in the state. He has an AV Preeminent Rating by Martindale-Hubbell.