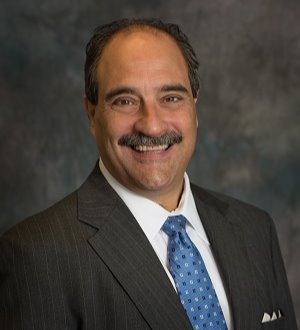 G. GERARD JABALEY is Regional Managing Member of the Knoxville, Tennessee office of the Firm. Gerard's primary practice areas are defense-oriented and encompass the areas of employment law and human resources training - including preparation of handbooks and other policies for employers and management training seminars - and workers' compensation.  He obtained his B.S. degree from The University of Tennessee at Chattanooga, and his Doctor of Jurisprudence degree from The Cecil C. Humphreys School of Law at the University of Memphis. Gerard has an AV Preeminent® Rating - which is the highest possible rating given by Martindale-Hubbell, the leading independent attorney rating entity - and since 2016 he has also been listed in The Best Lawyers of America® in the area of Workers' Compensation Law-Employers.  Gerard is a member of the Employment Law Section of the Tennessee Bar Association, and a member of the Society of Human Resource Management (SHRM). Gerard is active in the Knoxville Chamber of Commerce, and with several local Human Resource organizations. He is an Officer in the Knights of Columbus and participates in the Council's charity outreach efforts in Knoxville.  Gerard is also active in school and church events for the Sacred Heart Cathedral School and the Cathedral of the Most Sacred Heart of Jesus, where in addition to volunteering with his wife, he also serves as a Eucharistic Minister, Reader, Usher and altar server, and is a Board Member for the School Advisory Board and for the Parish Finance Committee.  Gerard is also involved in the Cathedral's St. Joseph Society and leads men's faith studies.  In his spare time Gerard enjoys spending time with his awesome wife and four amazing daughters, and when they let him, he follows college athletics.