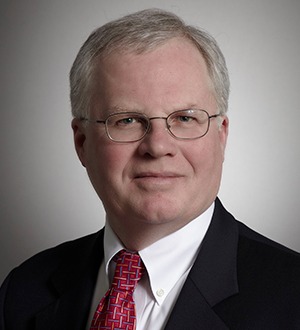 Recognized by Best Lawyers® since 2010.
2100 L Street, NW, Suite 900 Washington, District of Columbia 20037
(202) 887-1500
|
Firm: Morrison & Foerster
|  Website
Edit Profile
Edit Your Profile
To edit your Lawyer Directory information, please login to your
Best Lawyers® Admin Account.
If you have any questions or need assistance, please contact us at info@bestlawyers.com or 803.648.0300.
Overview
Firm

Brian Busey is a partner in the firm’s Intellectual Property Group. Mr. Busey’s practice focuses on complex intellectual property matters – particularly those before the U.S. International Trade Commission (ITC). Mr. Busey has litigated more than thirty Section 337 cases before the ITC and has served as the president of the ITC’s Trial Lawyers Association.

Mr. Busey is a frequent speaker and author, both in the U.S. and in Asia, on ITC practice and procedure. Mr. Busey has been recognized as a leader in ITC practice by Chambers USA (2014) and by Chambers Global (2014), in patent litigation and ITC by Legal 500 US (2011-2014), in intellectual property and patent litigation by Best Lawyers in America (2010-2014), and in litigation and ITC byIAM Patent 1000 (2014). He was recognized as the top lawyer in Washington, D.C. for intellectual property by the Washington Business Journal (2009).