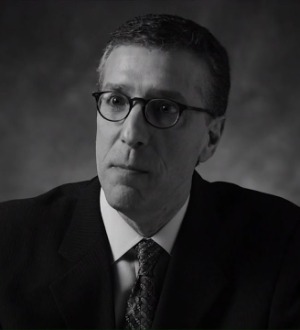 Years In Practice
Phone Number (215) 546-6636
For more than two decades, Fredric S. Eisenberg has worked relentlessly in protecting the rights of seriously injured victims. After graduating in 1984 from the University of Pennsylvania, he attended and graduated law school at Temple University School of Law in 1987.

Mr. Eisenberg spent the first five years of his career at Labaton Sucharow in New York City, representing individuals and families who suffered financial hardship as a result of corporate misconduct in high-profile securities class actions. In 1992, Mr. Eisenberg joined the law firm of Litvin, Blumberg, Matusow & Young, where he was shortly thereafter elevated to shareholder. At Litvin, Mr. Eisenberg focused his practice on complex civil litigation, primarily representing severely injured plaintiffs in product liability, medical malpractice, construction site/workplace accidents and other catastrophic personal injury litigation. In 2004, Mr. Eisenberg combined forces as a named partner with the pre-eminent trial lawyers at Eisenberg, Rothweiler, Winkler, Eisenberg & Jeck, P.C. Mr. Eisenberg’s skills as a trial lawyer and his dedication to his clients have resulted in repeated seven and eight figure recoveries. At our law firm, Mr. Eisenberg continues his practice in the area of personal injury.

Mr. Eisenberg is a member of the American, Pennsylvania, Philadelphia and New York Bar Associations. He has been routinely selected as a member of the Super Lawyers of Pennsylvania, a peer-selected group of practitioners from around the Commonwealth. He is a member of the Million Dollar Advocates Forum, whose membership is restricted to attorneys who have secured million-dollar verdicts or settlements. He has also received an AV rating from Martindale-Hubbell, its highest ranking. He has written and lectured on issues relating to trial techniques and evidence.