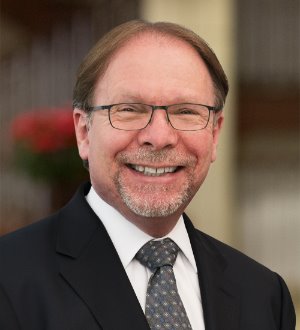 Recognized by Best Lawyers® since 2010.
One North Wacker Drive, Suite 4400 Chicago, Illinois 60606-2833
(312) 357-1313
|
Firm: Barnes & Thornburg LLP
|  Website
Edit Profile
Edit Your Profile
To edit your Lawyer Directory information, please login to your
Best Lawyers® Admin Account.
If you have any questions or need assistance, please contact us at info@bestlawyers.com or 803.648.0300.
Overview
Firm

Fredric P. Andes is a partner in the Chicago and Washington, D.C., offices of Barnes & Thornburg and the leader of the firm's water team. Fred is involved in counseling and litigation on issues arising under various federal and state environmental laws, with a special emphasis on Clean Water Act matters.

Fred is also advising trade associations, industries, and municipalities on TMDLs, permits, and other water quality matters on the state and federal levels, including development of water quality standards, listings, TMDLs, and permit conditions.

Fred has been recognized by Illinois Super Lawyers Magazine since 2014. He also regularly appears on the Best Lawyers in America and Chambers USA lists for his work in environmental law.

Before coming to Barnes & Thornburg, Fred was a partner with the Chicago law firm of Sonnenschein Nath & Rosenthal. Prior to working in Chicago, he spent nine years practicing environmental law in Washington, D.C.