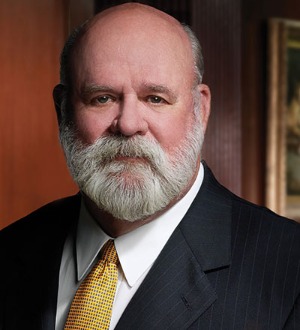 In law, as in life, success is rarely left to chance. Instead, it’s the product of focused dedication and personal commitment. It’s what Frank L. Branson and the attorneys at The Law Offices of Frank L. Branson have consistently demonstrated for more than three decades. Branson and the lawyers at the firm’s Dallas-based offices are frequently the first choice of individuals who have suffered injuries in truck crashes, transportation accidents and other acts of recklessness and negligence, as well as burn injuries from defective products, construction site mishaps and oilfield accidents. The firm’s accomplished trial lawyers also represent clients in critical business disputes.

Throughout a distinguished legal career, Branson has consistently earned the reputation as one of America’s best trial lawyers based on record-setting verdicts and settlements in jurisdictions nationwide. His wins ranked in the Top 100 Verdicts in America, as published by The National Law Journal and VerdictSearch (2007, 2012, 2015, 2016). Likewise, his courtroom victories ranked among the Top 100 Verdicts in Texas in 2007, 2009, 2012, 2015, 2016 and 2018. His $242 verdict against Toyota was ranked the largest (#1) Products Liability verdict in 2018 and the No. 5 verdict overall in Texas.