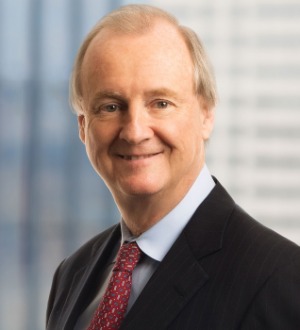 Recognized by Best Lawyers® since 2001.
3000 Two Logan Square, 18th and Arch Streets Philadelphia, Pennsylvania 19103-2799
(215) 981-4000
|
Firm: Troutman Pepper
|  Website
Edit Profile
Edit Your Profile
To edit your Lawyer Directory information, please login to your
Best Lawyers® Admin Account.
If you have any questions or need assistance, please contact us at info@bestlawyers.com or 803.648.0300.
Overview
Firm

Frank was Chancellor of the Philadelphia Bar Association and is a Fellow of both the American College of Trial Lawyers and of the International Academy of Trial Lawyers. Frank annually has been listed repeatedly in The Best Lawyers in America and Chambers USA: America’s Leading Lawyers for Business. He routinely has been selected for inclusion on the Pennsylvania Super Lawyers list and generally has been listed as a local litigation star in Pennsylvania in Benchmark Litigation.

He has served as a Judge Pro Tempore for the Philadelphia County Court of Common Pleas since the program commenced. He has been a member of the Lawyers Advisory Committee of the U.S. Court of Appeals for the Third Circuit; a member of the Civil Justice Advisory Group of the U.S. District Court for the Eastern District of Pennsylvania; and a member of the First Judicial District of Pennsylvania’s Administrative Governing Board, Committee on Gender and Racial Fairness. He has served as Pennsylvania state membership chair for the United States Supreme Court Historical Society.

Frank co-founded the Philadelphia Volunteers for the Indigent Program (VIP) and subsequently served as chair of its board of directors. Philadelphia VIP annually provides $3-4 million in free legal services to the indigent and more than $100 million in such services since its inception.