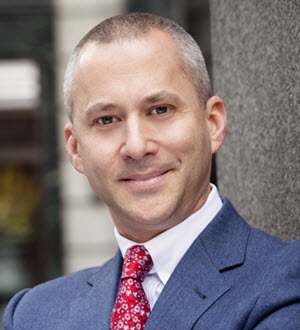 Evan M. Janush is the Managing Attorney of the New York office. In addition to his administrative role within the firm, Mr. Janush oversees commercial litigation for The Lanier Law Firm’s New York office and he is the practice group leader of the firm’s employment litigation practice. Mr. Janush has significant experience representing clients in complex commercial litigation, pharmaceutical mass tort litigation, antitrust and class-action litigation, and representing employees in discrimination and whistleblower actions.

Mr. Janush has earned recognition among the New York Super Lawyers for five consecutive years for his work in the firm’s pharmaceutical and product liability mass tort practice areas. Mr. Janush has participated in senior roles in numerous multi-district litigations, and he has represented the rights of individuals who have been injured by defective products, toxic torts, and general negligence. Mr. Janush is also a member of the firm’s Sports and Entertainment practice area due to his significant contract drafting and litigation experience, which includes having been involved in contract litigation concerning several major record label disputes.

Mr. Janush’s work has involved significant appeals, legal motions and oral arguments that have supported trial verdicts in excess of $450 million, in addition to achieving numerous multi-million-dollar settlements. In 2010, Mr. Janush was honored as one of the Top 100 trial lawyers in New York by the National Trial Lawyers Association, and he received this distinction again in 2011 and 2012.