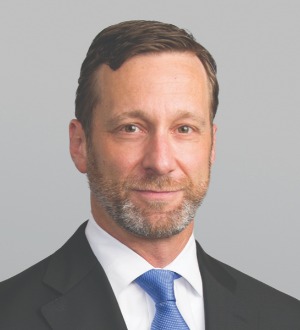 Describing Eric R. Delinsky’s representation of an executive charged with securities fraud, a federal judge once stated in open court, “no fee, no matter how high, could have secured better representation.”

An attorney who prides himself on rolling up his sleeves to accomplish the most critical work himself, Eric is a tenacious advocate who staffs his matters with smaller, but highly experienced legal teams.

He regularly defends CEOs, CFOs, in-house counsel, and other business executives against allegations of securities fraud and foreign corrupt practices by the U.S. Department of Justice, and the SEC. He has extensive experience as well in defending such clients in parallel securities litigation brought by shareholders.

Eric also defends individuals against allegations of public fraud. He has represented lobbyists, undersecretaries, White House officials, and government attorneys in criminal, ethical, and congressional investigations. Many of his representations remain confidential, as charges and media attention have been avoided.

As a civil litigator, Eric represents companies and their officers in business litigation and arbitration. He is frequently called upon to defend businesses accused of malpractice or malfeasance by other businesses. His experience in such matters extends to the financial services, health care, insurance, consulting and legal industries.