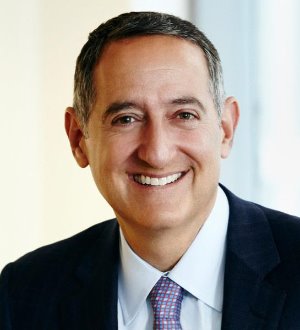 Eric J. Friedman has served as Skadden’s Executive Partner since 2009.

Under his leadership, for three consecutive years Skadden has been the only firm to be named as one of the nation’s two most innovative law firms in the Financial Times’ “U.S. Innovative Lawyers” Report (2010-2012). In 2011, The National Law Journalacknowledged Mr. Friedman’s accomplishments since becoming Skadden’s Executive Partner by naming him as one of its three “Most Influential” law firm leaders. In 2012, Mr. Friedman received a “Diversity & Inclusion Champion Award” from the New York City Bar Association in recognition of his commitment to diversity at Skadden.

Prior to becoming Executive Partner, Mr. Friedman, who is an internationally recognized corporate attorney, was involved in a number of significant M&A and corporate finance transactions in the financial services industry. Among others, he has represented Citigroup Inc. and The NASDAQ OMX Group, Inc. in some of their most important transactions.

Mr. Friedman is a dedicated board member to a number of organizations, including the Legal Aid Society, Volunteer Lawyers for the Arts, the Phoenix House Foundation, the University of Pennsylvania Law School and the Leadership Council on Legal Diversity. He also is the chair and a trustee of the Skadden Fellowship Foundation.

Mr. Friedman has been listed in Chambers USA: America’s Leading Lawyers for Business, The Best Lawyers in America and the Directorship 100.