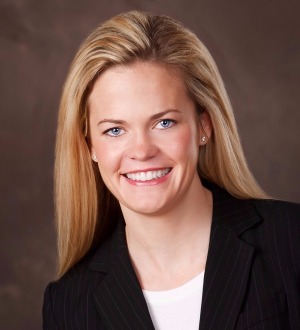 Recognized by Best Lawyers® since 2018.
100 Vestavia Parkway Birmingham, Alabama 35216
(205) 949-2908
|
ekanter@carrallison.com
Firm: Carr Allison
|  Website
Edit Profile
Edit Your Profile
To edit your Lawyer Directory information, please login to your
Best Lawyers® Admin Account.
If you have any questions or need assistance, please contact us at info@bestlawyers.com or 803.648.0300.
Overview
Firm

Elizabeth J. Kanter is a shareholder in the Birmingham, Alabama office of Carr Allison where she defends transportation suits and handles all phases of labor and employment matters.  She is admitted to practice before the United States District Court for the Northern, Middle and Southern Districts of Alabama, as well as the Alabama state courts.

Elizabeth has been selected to the Mid-South Rising Stars list by Super Lawyers® from 2012-2016 and was chosen as a 2017 “Top Flight Lawyer” by bMetro magazine.  She was recently selected for inclusion in The Best Lawyers in America© 2018 in the areas of personal injury litigation and labor and employment.  Elizabeth has successfully defended employment cases, numerous premises liability/retail suits and has significant experience handling workers’ compensation claims.  She also defends claims against insurance companies and often serves as coverage counsel, advising and representing insurance companies when coverage issues arise.