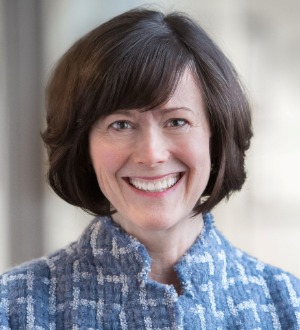 Elizabeth Carver focuses her practice on appellate litigation in federal and state courts.  She has successfully handled appeals in a wide variety of substantive areas, including employment, banking, class action, product liability, breach of contract, tort and insurance matters.  She has extensive experience representing defendants in appeals involving large punitive damage awards.  Ms. Carver has argued cases before the Eighth Circuit, the Federal Circuit, the Missouri Supreme Court, and the Eastern and Western Districts of the Missouri Court of Appeals.  She has briefed appeals in those courts and others, including the Fifth and Seventh Circuits, the Arkansas Supreme Court, and the Illinois Appellate Court.

Ms. Carver has prepared amicus briefs on behalf of National Public Radio and the Product Liability Advisory Council, and has worked on a number of interlocutory appeals and extraordinary writ proceedings.  In addition, Ms. Carver regularly consults with trial counsel on legal issues such as dispositive motions, Daubert motions, and class action certification.  She also assists with trial preparation, including pre-trial motions and briefing, jury instructions, and preserving potential trial error for appeal, as well as post-trial briefing.