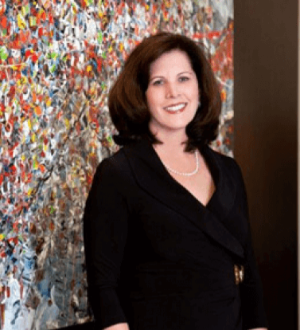 Eileen is a former state trial judge who tries and appeals cases in state and federal courts for both plaintiffs and defendants.  She brings a unique perspective to litigation problem-solving, having served during her career as an advocate, judge, arbitrator and mediator.  Eileen also has the benefit of having sustained both substantial trial and appellate practices for 30 years.  As a result, she not only knows how to try a case to win, but does so with an informed view of how to keep (or reverse) the judgment on appeal.  Eileen is also an experienced advocate in both domestic and international arbitrations, a forum in which her expertise in witness examination, writing and oral argument combine perfectly.

Eileen graduated summa cum laude from the University of Houston Law Center where she served as Publications Editor for the Houston Law Review and received one of four Distinguished Student Awards.  She started her career as an associate with Vinson & Elkins where she practiced for six years before being appointed to the bench.  For ten years after leaving the bench, Eileen associated on large cases, such as Exxon Corp. v. Certain Underwriters at Lloyds of London (to recover for losses from the Valdez spill) and In re Estate of J. Howard Marshall II (regarding Anna Nicole Smith’s will contest), and mediated and arbitrated cases to allow her more flexibility in raising her three children.  Once they were home less than she was, she returned to work full time, joining Ware, Jackson, Lee, O’Neill, Smith & Barrow, LLP as a partner in 2005.

Eileen has been certified by the Texas Board of Legal Specialization in both Civil Trial and Civil Appellate work since 1990.  She is a member of the American Board of Trial Advocates (ABOTA) and serves as a representative of the Houston Chapter to the ABOTA National Board.  Eileen is a fellow of the Houston and Texas Bar Foundations, and is a senior fellow of the Litigation Counsel of America.  Eileen’s three children are now grown and (mostly) out of the house, so now she is also a heck of a dancer.