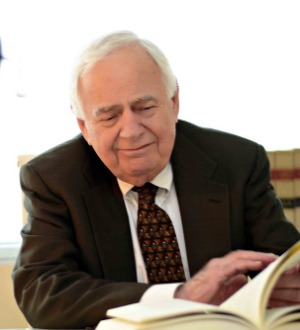 Years In Practice
Phone Number (303) 573-1600
Ed specializes in commercial litigation, employment and labor law, public utilities law, and rail and motor carrier transportation. He has more than four decades of experience handling cases in state and federal courts and before administrative agencies in Colorado and across the United States. Ed is admitted to practice in all Colorado courts as well as the United States Supreme Court, the U.S. Courts of Appeal for the Fifth, Eighth, Ninth and Tenth Circuits, and the U.S. Court of Federal Claims. Ed has also practiced extensively before federal and state regulatory agencies and tribunals, including the Colorado Public Utilities Commission, U.S. Surface Transportation Board (formerly the Interstate Commerce Commission), Colorado Civil Rights Commission, U.S. Equal Employment Opportunity Commission, National Labor Relations Board, U.S Environmental Protection Agency, Occupational Safety & Health Administration, U.S. Securities and Exchange Commission, National Association of Securities Dealers, and Federal Reserve Board.

Ed has been counsel of record in 49 reported cases in federal and state courts. He is Chairman of the Firm’s Litigation Section.

In addition to litigation, Ed also specializes in representing clients in business and regulatory matters involving railroads and motor carriers, and in assisting employers in the fields of labor and employment law. Prior to obtaining his J.D. degree at the University of Michigan Law School, Ed served as a commissioned officer in the United States Navy.

Successful completion of more than a decade-long series of cases in federal and state courts in a regulatory takings or inverse condemnation suit against the State of South Dakota. Among Ed’s significant achievements in this protracted litigation are three decisions of the U.S. Court of Appeals for the Eighth Circuit in which the federal court first declared a statewide referendum in South Dakota unconstitutional and later vindicated the right of Ed’s client to recover damages from the State. Before it was eventually settled, the takings action in the state court was twice tried to juries that returned verdicts in favor of the client. There are no fewer than 12 published federal and state court decisions relating to this litigation, together with two orders of the U.S. Supreme Court denying petitions of the State seeking certiorari review of decisions favorable to the client.

In another near decade-long, multi-forum series of cases, originally litigated in the Colorado Public Utilities Commission, and later pursued in the Colorado courts and the U.S Bankruptcy Court, Ed’s client, a major oil company, recovered a multi-million dollar reparation from an electric utility for rate overcharges.

In a consolidated group of securities fraud class actions, Ed served for more than a year as a Special Master commissioned by the United States District Court for the District of Colorado to oversee and decide all discovery disputes in the litigation. In that capacity Ed issued numerous recommended decisions on disputes that arose, all of which either became final in the absence of objections by any party or, in the single instance where an objection was filed, as affirmed in its entirety by the Court. At the conclusion of this appointment, the Court published an Order of Commendation commending Ed for “outstanding service.”

In a wrongful discharge suit against Ed’s client for retaliating against a female employee who sued the client on behalf of her son for personal injuries the boy suffered in a collision with one of the client’s trucks, Ed obtained a summary judgment in the trial court dismissing the action. The Court took the unusual step of expressly adopting by reference Ed’s arguments as the basis for the decision, stating: “I cannot improve on the legal discussion contained in Defendant’s motion and reply, which I endorse and adopt in its entirety.”

Also adopting Ed’s arguments, the Colorado Court of Appeals, in a pair of recent decisions, twice upheld the trial court’s refusal to compel arbitration by Ed’s client of only some of several of the client’s counterclaims in a complex breach of contract action involving the lease and operation of a canning plant and related warehouse facilities. After the victory in the first case was vacated due to an intervening change in the law, Ed succeeded in upholding the same result on different grounds.