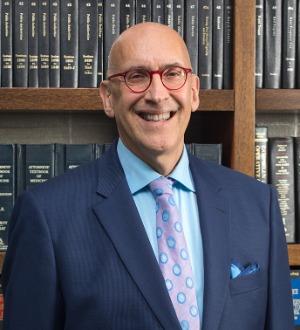 Years In Practice
Phone Number (212) 385-4410
Edward H. Gersowitz is one of the co-founders of Gersowitz, Libo & Korek, P.C. In addition to handling the firm’s pharmaceutical, motor vehicle, premises, municipal liability and toxic tort cases, he also oversees the firm’s daily activities and philanthropic endeavors.Education & Employment HistoryMr. Gersowitz received his Bachelor of Science at Cornell University. He then embarked upon his formal legal education and received his Juris Doctor at Benjamin N. Cardozo School of Law in New York City. He is admitted to the New York State Bar as well as the United States District Courts for the Southern and Eastern Districts of New York.Mr. Gersowitz started his legal career as an associate attorney at the New York Law Offices of F. Lee Bailey & Aaron J. Broder. He then partnered with Andrew Libo to open the law office of Gersowitz & Libo, P.C., which became Gersowitz Libo & Korek, P.C. in 1992.Through his hard work and dedication, he has helped make the firm into a successful practice that represents consumers in both New York State and New Jersey in various types of serious personal injury matters.

Honors & Memberships
Mr. Gersowitz has worked primarily in personal injury litigation, helping injured victims receive appropriate compensation. His success as a litigator has earned him various recognitions. He has been chosen for Super Lawyers, as featured in the New York Times magazine, from 2010 to the present.In addition to his legal representation of clients in the courtroom, Mr. Gersowitz is a member of several legal associations. His impressive memberships and affiliations include, amongst others: Second Vice President of the New York State Trial Lawyers Association (NYSTLA),Governor of the American Association for Justice (AAJ)and a Member of the New York County Judicial Screening Committee.

Notable Settlements & Jury Verdicts
Mr. Gersowitz has successfully handled a variety of high profile cases, which have resulted in notable settlements and jury verdicts. Most notably, Mr. Gersowitz and his firm were recognized by the National Law Journal for achieving the #1 and #4 top verdicts in the country for an $18 million settlement for the sole survivor of a tragic car accident on the Bronx River Parkway that claimed the lives of six family members, as well as for a $12 million settlement in a class action lawsuit for victims who got sick from the Bronx Pelham Bay Landfill.