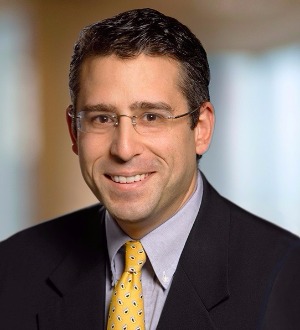 For more than two decades, Edward B. Micheletti has successfully represented clients in significant business litigation matters at both the trial court and appellate levels in Delaware. A former head of the litigation practice in Skadden’s Wilmington office, he is a senior litigator with a vast breadth of experience in M&A litigation.

Mr. Micheletti repeatedly has been selected for inclusion in Chambers USA: America’s Leading Lawyers for Business, The Best Lawyers in America and Lawdragon 500 Leading Lawyers in America. In 2011, he was one of five attorneys named to the securities section in Law360’s list of “Rising Stars", and he was selected as one of the 40 Under 40 by The M&A Advisor. Mr. Micheletti also is the co-author of the treatise Mergers and Acquisitions Deal Litigation Under Delaware Corporation Law.

Mr. Micheletti is highly experienced in litigation matters arising from mergers and acquisitions, corporate governance disputes and statutory proceedings involving Delaware corporation law. He has had success in cases at every stage in the Delaware courts — from motion practice through trial and on appeal — representing boards of directors, special committees, buyers and investment banks in a vast array of proceedings involving injunctive relief and money damages. He also has handled other significant business litigation matters involving, among other things, federal securities law, complex commercial litigation and escheat law, in state and federal courts both in Delaware and around the country.