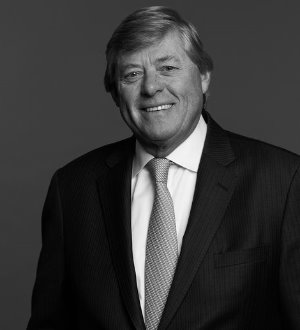 Ed Haug is the Managing Partner of Haug Partners LLP and was a founding member of the firm in 1997. The firm has offices in New York City, Boston, and Washington D.C. and focuses on intellectual property, antitrust, FDA and commercial litigation among other complimentary practice areas. Mr. Haug is a "ranked trial lawyer" by Chambers, a member of the National Association of Distinguished Counsel, and was recently a member of the CAFC advisory council to Chief Judge Prost.

In addition to Mr. Haug's activities as the firm's Managing Partner and a practicing trial attorney, Mr. Haug recently served as President of the Federal Circuit Bar Association ("FCBA") and as a member of the Board of Governors. The FCBA is a national bar association representing approximately 2000 lawyers, judges, and academics practicing before the U.S. Court of Appeals for the Federal Circuit, which sits a short walk away from the firm's Washington DC office. The Federal Circuit hears all appeals of patent cases in the U.S. and offers a forum for common concerns and dialogue between the private bar, corporations, government employees and the Court. Mr. Haug is a frequent lecturer throughout the world regarding all aspects of trial advocacy with a frequent focus on IP matters.