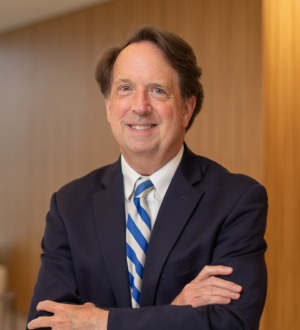 Having served in key leadership positions in state and federal government, Ed Turlington uses this experience to serve clients in a variety of industries, including health care, transportation and education. Much of his time is spent advising technology companies on legal issues and public policy matters.

Ed has a distinguished record of public service. He has served as Chief of Staff to both the Governor and Lt. Governor of North Carolina, as Special Assistant/Counsel to a United States Senator, and as a national advisor to three presidential candidates.

Given his government experience, Ed represents clients before the executive branch, legislative branch, and agencies on a variety of matters. In his practice, he works to impact government policy through interactions with senior government officials, regulatory and administrative agencies, and drafting and building support for legislation. He has been ranked by the North Carolina Center for Public Policy Research in the top three percent of all registered lobbyists in the state.

In his roles as an attorney and public policy leader, Ed has appeared on CNN, MSNBC, Fox, CSPAN, NPR and the BBC. He has also been quoted in the New York Times, the Washington Post and the Wall Street Journal.

Ed also counsels businesses on economic incentives and works to impact government policies, such as state tax laws and regulations, in an effort to create jobs in North Carolina.