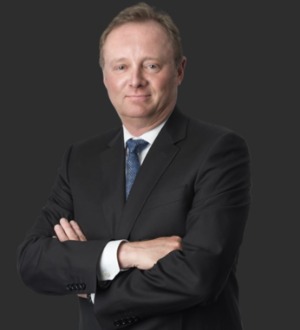 E. Jeffrey Walsh, who has practiced law for more than 30 years, is an AV® peer review rated litigator who has been recognized in the 2005 to 2014 editions of The Best Lawyers in America, in Southwest Super Lawyers, including, in 2009, among the "Top 50 in Arizona," in Arizona Business Magazine's "Top Attorneys of Arizona," and in the Business Journal's "Best of the Bar in Phoenix Metropolitan Area." His practice focuses on business litigation and trials, real estate litigation, and construction litigation, at both the trial level and on appeal. He has represented clients in more than 30 jury and non-jury trials, arbitrations and evidentiary hearings, as well as in a number of seven and eight-figure settlements. In a key appeal, he represented former Arizona Corporation Commissioner James Irvin in overturning $60 million punitive damages award arising out of a failed utility merger. He has served as a Special Master at the request of the Maricopa County Superior Court. He has appeared in the federal courts in Arizona, Pennsylvania, Nevada, Michigan, Colorado, California, New York, and Texas and he has on appeal appeared in matters in the Ninth Circuit Court of Appeals, the Arizona Supreme Court and the Arizona Court of Appeals. He has also appeared in a number of special actions to the State Court of Appeals.