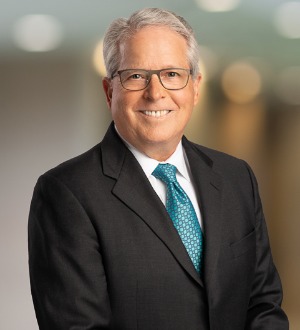 Doug Alexander is widely regarded as one of the premier advocates specializing in practice before the Supreme Court of Texas and is listed by Texas Super Lawyers as one of the Top 10 lawyers in Texas. Doug is the 2013 recipient of the Texas Bar Foundation's Gregory S. Coleman Outstanding Appellate Lawyer Award; was selected as the 2017 Austin Appellate Lawyer of the Year by Best Lawyers in America; and is listed in the Texas Lawyer Go-To Guide as one of five "Top-Notch Lawyers" in Texas for Appellate Law.

Doug is recognized as a leader in the appellate bar. He has been selected by his peers for inclusion in Best Lawyers in America in Appellate Law; is listed in Chambers USA: America’s Leading Lawyers for Business in Appellate Litigation; and has been inducted as a Fellow into the by-invitation-only American Academy of Appellate Lawyers.

Over the course of his career, Doug has served as:

Doug has been Board Certified in Civil Appellate Law by the Texas Board of Legal Specialization since 1990. He is a sought after author and speaker on appellate practice, and has published numerous articles, including the seminal writing,Petition Practice Before the Supreme Court of Texas.