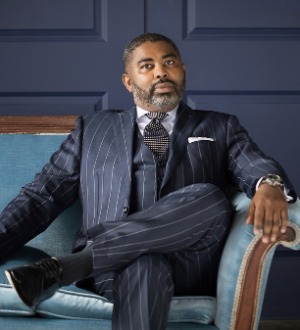 Donald S. Prophete is a trial lawyer who excels at representing large clients in complex and multi-plaintiff race employment discrimination cases. He has handled many high-profile and high-damage cases in the sports, military contractor and retail industries. Don has served as lead trial counsel in all types of employment disputes in federal and state courts in New Hampshire, Kansas, Illinois, Iowa, Missouri, Michigan, North Carolina and Pennsylvania, including post-decertification wage and hour jury trials for major national employers. Don also serves as the firm's chair of the Whistleblower practice group, an area where he has tried several cases. In addition to his litigation activities, Don's daily practice revolves significantly around providing advice and counsel to C-Suite executives on whistleblower and other matters in the following business sectors: Retail, Restaurant, Technology and Manufacturing.

In January 2008, the U. S. Commission on Civil Rights, in conjunction with the White House, appointed Don to serve as chairman of the Advisory Committee to the Commission, for a two-year term. In January 2002, President George W. Bush announced his intention to nominate Don to be general counsel of the Equal Employment Opportunity Commission (EEOC). While honored, Don ultimately withdrew his name from consideration to remain in Kansas City.