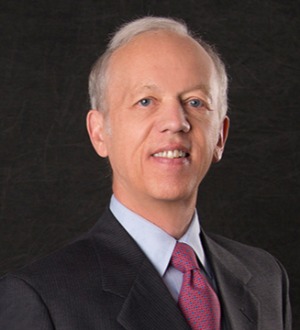 Donald H. Bacon is a member of Friday, Eldredge & Clark’s Management Committee and a partner in both the Litigation Practice Group and Medical Malpractice Practice Group. While he has represented a diverse set of clients in a variety of litigation, most recently, his focus has been in the area of professional liability representing lawyers, doctors, accountants and insurance agents. In addition to representing them in court, he has represented lawyers before the Office of Professional Conduct and has represented doctors before the State Medical Board. He continues to litigate in a number of other areas such as products liability, aviation wrongful death.

As part of his statewide practice, his 180 jury trials have taken him to circuit courts in over half the Arkansas counties and over three-fourths of the 11 Federal District Courts.

Don’s designations as a Fellow the American College of Trial Lawyers and a Diplomate in the American Board of Trial Advocacy his experience. He has been listed in The Best Lawyers in America since 2005 for his work in Legal Malpractice Law, Medical Malpractice Law and Personal Injury Litigation and in Chambers USA: America's Leading Lawyers in Litigation: General Commercial. In addition, he was chosen "Arkansas’ Outstanding Defense Attorney" for 2003-2004.