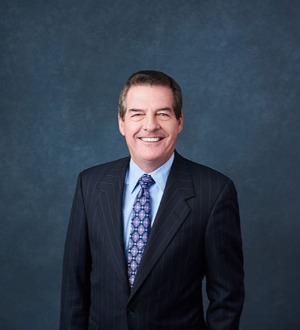 Don King’s practice primarily involves representation of debtors, creditors, and committees in Chapter 11 reorganizations, and he also represents other types of debtors and creditors, particularly businesses and institutional lenders, in all phases of the bankruptcy process including workouts. Since 1991, he has served as a Chapter 7 Trustee in Bankruptcy for the Eastern District of Virginia, and he is currently head of the firm’s Bankruptcy & Creditors’ Rights practice.

Don has received an AV Rating, the highest rating given by Martindale-Hubbell® Peer Review Ratings™ for his legal ability and general ethical standards. He has been listed in the Best Lawyers in America® for the past 10 years. Don was also selected for inclusion in the Virginia Super Lawyers listing for the past ten consecutive years and in the Washington, D.C. Super Lawyers listing for nine years. Recently, he was named among Virginia Business magazine’s “Legal Elite” in 2012 and 2014.