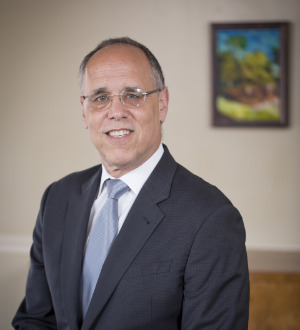 Recognized by Best Lawyers® since 1989.
1545 Union Avenue Memphis, Tennessee 38104
(901) 278-1004
|
Firm: Donati Law, PLLC
|  Website
Edit Profile
Edit Your Profile
To edit your Lawyer Directory information, please login to your
Best Lawyers® Admin Account.
If you have any questions or need assistance, please contact us at info@bestlawyers.com or 803.648.0300.
Overview
Firm

Don Donati began his legal career with Memphis Area Legal Services, providing counsel to disadvantaged individuals in the Memphis community.  In 1980, Mr. Donati continued his mission to seek justice for the area’s most vulnerable citizens when he opened Donati Law.

Mr. Donati has significant trial experience and has appeared before the United States Supreme Court.  As a result of the firm’s success at the U.S. Supreme Court in Burlington Northern & Santa Fe Ry. Co. v. White, 126 S. Ct. 2405 (2006), Mr. Donati was selected by Lawyers USA as one of its top six lawyers in the U.S. for 2006.  Mr. Donati also successfully argued the Tennessee Supreme Court cases of Crews v. Buckman Labs. and Guy v. Mutual of Omaha Ins. Co., which expanded the rights of whistleblowers in Tennessee.  Mr. Donati also tried the first sexual harassment case under the THRA and multiple successful harassment cases in federal courts.

Today, Mr. Donati and his firm continue their commitment to protection and expansion of worker’s rights.